by kraada
The PT3 heads up display (HUD) is highly customizable and extremely flexible. This is by design in order to allow users the maximum amount of flexibility in customization. There are many different ways to achieve this customization. The techniques available here all require a registered version of PT3; they will not work in the trial.

by kraada
One of the more difficult decisions in designing a HUD is deciding how much to display on the table at any given time. There are hundreds of statistics that are available for display, and displaying them all at any given time is clearly impossible. One way a PT3 user can display more statistics with less clutter on the table is by using one statistic that displays colores based on the value of another statistic. 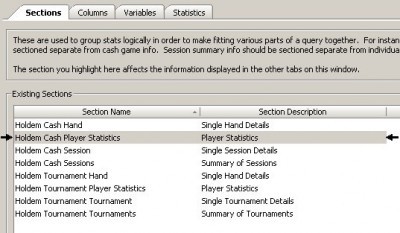 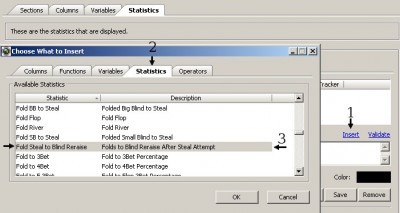 by kraada
A Read-Based Statistic can be thought of as a note in statistic form. As you play poker and take notes on your opponents, you will find that, over time, you often take notes on the same things many times - whether they minraise and are weak, whether they donkbet and are strong, or any of a wide variety of things. Depending on your game type and your opponents' skill level, the detail and complexity of your notes may vary, but many of your notes can likely be built as PT3 statistics and set to display in your HUD.

by kraada
Some of the most difficult decisions in poker can be made vastly easier if we know what hands our opponent plays in what fashions. Each hand we can eliminate will make our decisions that much easier. 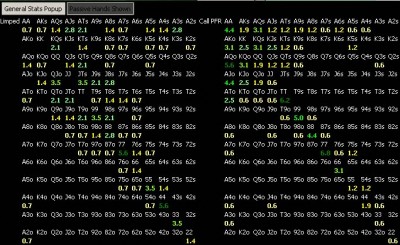 (click on the image to see the full size version)
All times are UTC - 5 hours [ DST ]
Page 1 of 1
Powered by phpBB® Forum Software © phpBB Group
http://www.phpbb.com/